Why Businesses Should Consider Xamarin for App Development 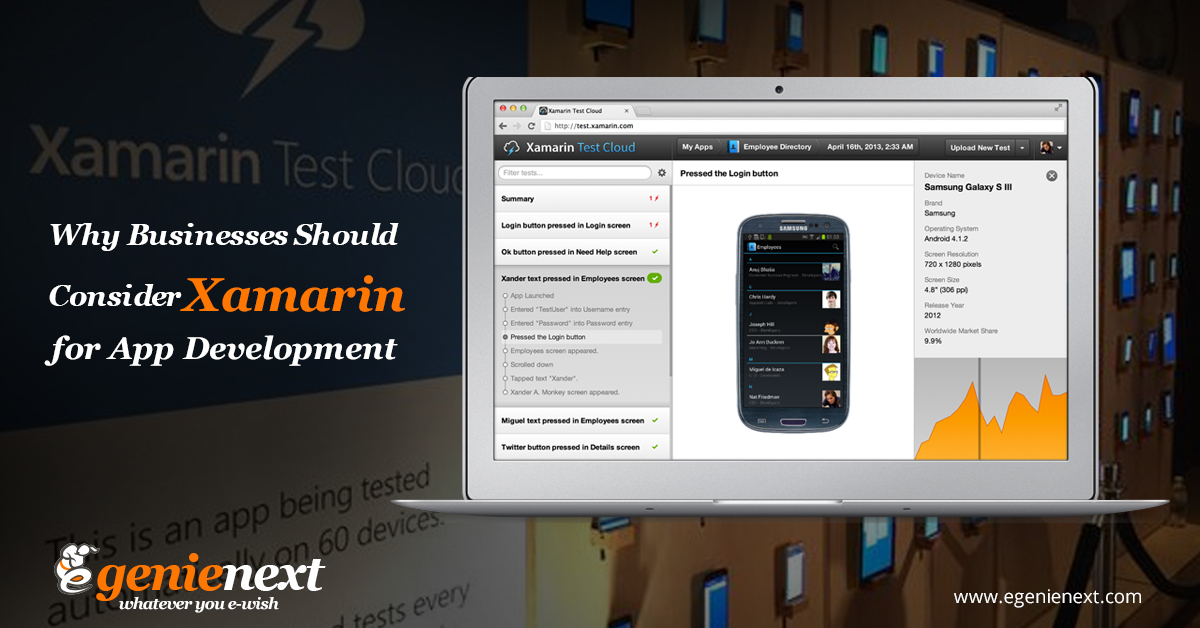 With tough marketing competition, a powerful mobile application is one way to stand out! For a company to give direction to its success, it has two options hybrid development and native development. The former is faster and cheaper, and later is better in performance and UI/UX. How do you achieve both?

Xamarin is the answer! Xamarin is fast and cheap and allows shareable code and has a great performance. What more? It gives a native app for various platforms and has an awesome UI and UX.

Mobile app development at eGenieNext is based on Xamarin. It allows developers create native apps for Android, iOS, and Windows by writing in a single programming language, C#. Native apps with high functionality are what Xamarin creates.

With Xamarin, you can have more, use more, wait less, and spend less. So why refuse such an offer? Get your app developed from us to experience the difference!

What is Xamarin and Why You Should Consider It for App Development?

Xamarin allows developers to write native Android, iOS, and Windows apps with native UI and share code across the platforms.

What Else is great About Xamarin?

Xamarin Test Cloud – It tests the app before its final launch and allows checking on anything a user does. The interaction is similar to the checking process – provides beautiful reports!

Xamarin Insights – Xamarin insights allows seeing if the app has crashed, at what stage and in what way, and helps indentifying similar cases for understanding the problem. It also gathers stats for user interactions.